The government of Chad created in 2013 a single window for securing cadastral, land and state data with the technical assistance of the Obertur Group. The latter had aerial photographs taken of the 11 cities concerned by this operation (Abeché, Ati, Doba, Fada, Faya-Largeau, Kelo, Mongo, Moundou, N’Djaména, Pala and Sahr).

For the production of orthophotoplans, the company Aérodata France, to which was entrusted the shooting and orthorectification, asked us to note calibration points (between 5 and 30 per city).

Given a difficult geopolitical context in this region of the world, we had field work carried out by a local team, after having trained its operators and technicians in the use of the Trimble GPS receivers which they already had at their disposal. We had aerial photos for the choice of points.

We went to the field with them in Moundou and Ndjamena to put this training into practice as part of these support point surveys. Subsequently, they transmitted the observation data to us as the surveys progressed so that we could calculate the points and format the results (coordinates, description sheets) for our client. 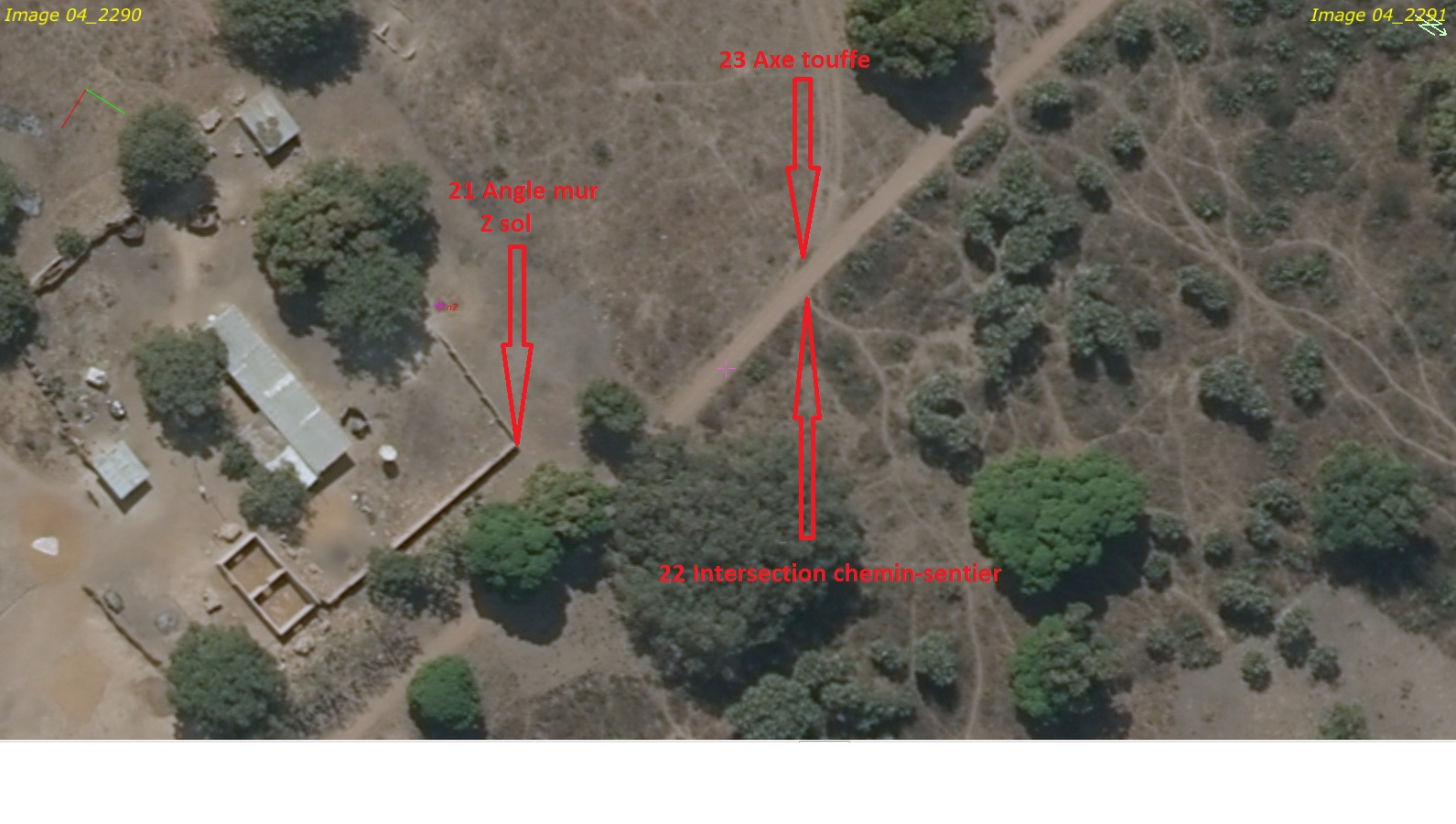