On this page, you will find more general information on the use of GPS in several professional contexts:

GPS/GNSS positioning is vital to this sector. International regulations (ICAO) require the definition of WGS84 coordinates for various special points at the airport or in its vicinity (runway ends and thresholds, ILS’s, VORs, obstacle-free zones (OFZs), etc.). This information is published in France by the SIA French Aeronautical Information Service).

We stake out beacons, ILS’s and VORs regularly for various firms specialized in airport infrastructure. We have occasionally been appointed by the DGAC and airports. 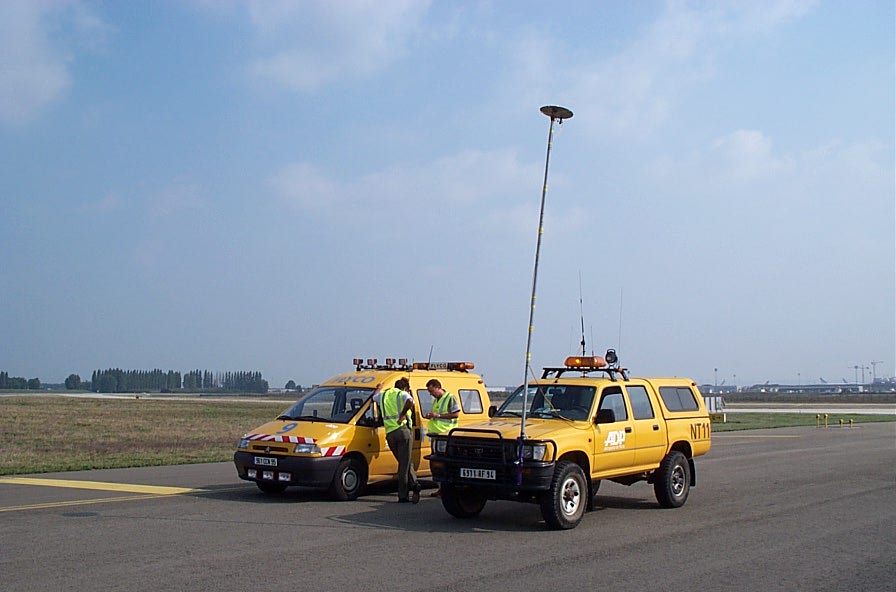 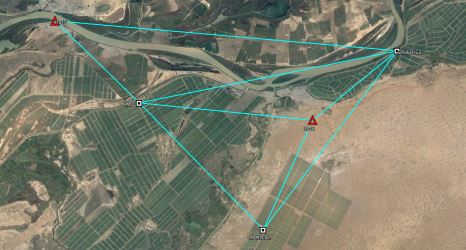 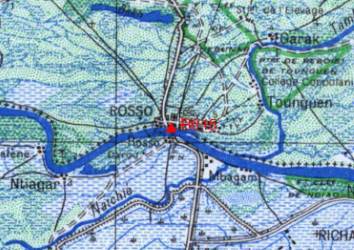 The use of GPS/GNSS surveys in agriculture dates back to the last decade of the 20th century, with the appearance of the precision agriculture concept. Its widespread use in Europe was largely encouraged by the Common Agricultural Policy, which made the accurate measurement of farmland obligatory.

Our involvement in this field began many years ago. In 1993, we conducted measurement precision studies for the European Commission (Department of Agriculture). We then worked in conjunction with the French administrations in charge of measurements controls (ONIC et CNASEA, now merged to form the Agence de Services et de Paiement).

More and more farmers use GPS/GNSS RTK for guidance purposes, in place of the tramline system used previously. We work regularly with the firm Vantage Nord (formerly known as Latitude GPS) and large farms for the georeferencing of GNSS CORS (Continous Operating Reference Station).

We also produce operational drawings on the basis of GPS survey campaigns, aerial imaging, or a combination of both techniques.

The use of electronic equipment in golfing has been authorized since early 2006. GPS systems are now used for simple distance calculations or for carrying out more complex services. The various receivers on offer to golfers are all equipped with a database (graphic or not), including at least the position of the green (and if possible that of the flag).

We work in conjunction with the firm Mobitee (among others) for these applications. Mobitee has developed an application suitable for use on digital tablets and Smartphones. 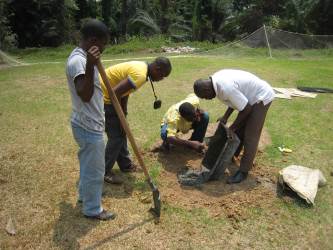 During the study phase, many factors have to be taken into account to find the best alignment, which naturally depends on the type of line or pipe works involved in the project. Generally speaking, vertical and horizontal alignment must be studied (and cross section in some cases), together with accesses.

GPS/GNSS makes it easier to draw up the maps necessary for these studies using topographic surveys or aerial mission calibration. It guarantees a homogenous map, even over very long distances.

During the works phase, the exact location of the axis, pylons, manholes and other elements can be studied faster than with traditional methods. Using a GPS/GNSS, it is also easier to pinpoint road crossings (or other constructions) and determine at what distance the network will cross a particular point, prior to the installation of any topographic facilities.

In the works phase, the exact layout of the axis, pylons, manholes, or other elements will be carried out more quickly than by traditional methods. With a GPS it is also easier to locate road crossings (or other works) or to determine the distance at which the network will pass from a particular point, and this before any establishment of topographic infrastructures.

Intervening for power line construction companies or in subcontracting for design offices which collaborate with them, we participated in the construction of several hundred kilometers of networks.

Although the boundary between these two disciplines is diminishing due to the increasingly-high accuracy obtained with GPS/GNSS mapping receivers, we can generally distinguish:

We work with both equipment ranges to offer the following services:

It has been our core business since 1990 and that is what we are. 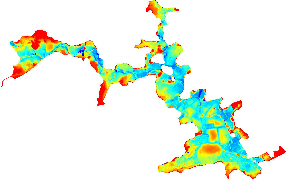 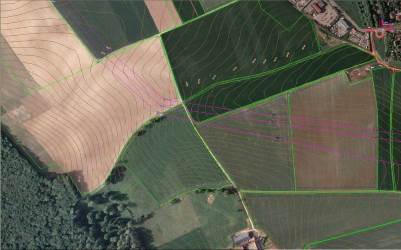 Topographic survey for the Maurecour deviation  (95) 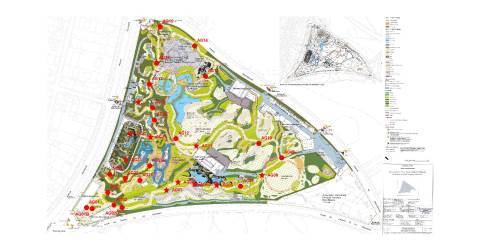 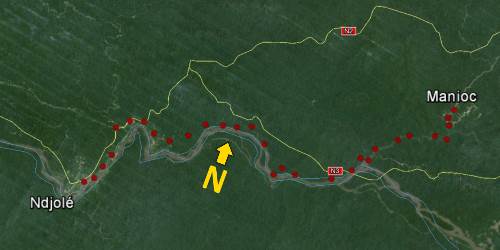 Usually, the first jobs performed on a new construction site are staking out the project area, finding and clearing access routes, taking geotechnical soundings and installing temporary living quarters. GPS/GNSS technology is a valuable time-saver right from the outset, as it allows accurate stake out of isolated points or lines from distant reference points even before the traverse is performed.

Construction firms often call on us at the start of a project because they do not possess the equipment, time or expertise necessary for post-processing (vital in countries without reliable geodetic infrastructures), or simply for reasons of liability and neutrality.

We have performed several hundred km of traversings in France and various African countries.